The rise, fall, and truth about coconut oil

United States coconut oil consumption continues to fall from a high of 562 metric tons in 2014 to a low of 402 metric tons in 2017. This represents a reduction of over 40% in three years. The sharp decline in coconut oil consumption can be tied to it falling out of favor with the health food community. Long heralded as a animal fat alternative, many health-conscious Americans have switched to other products such as ghee and other trendy fats.

Mainstream America largely held coconut oil in contempt up until the early 2000’s. A 1994 study by the Center for Science in the Public Interest condemned coconut oil as the main reason contributing to unhealthy movie popcorn.[1]  They found 29 grams in a small buttered popcorn popped in coconut oil. The recommended daily maximum of saturated fat is 20 grams. Despite this negative press coconut oil made a recent comeback. 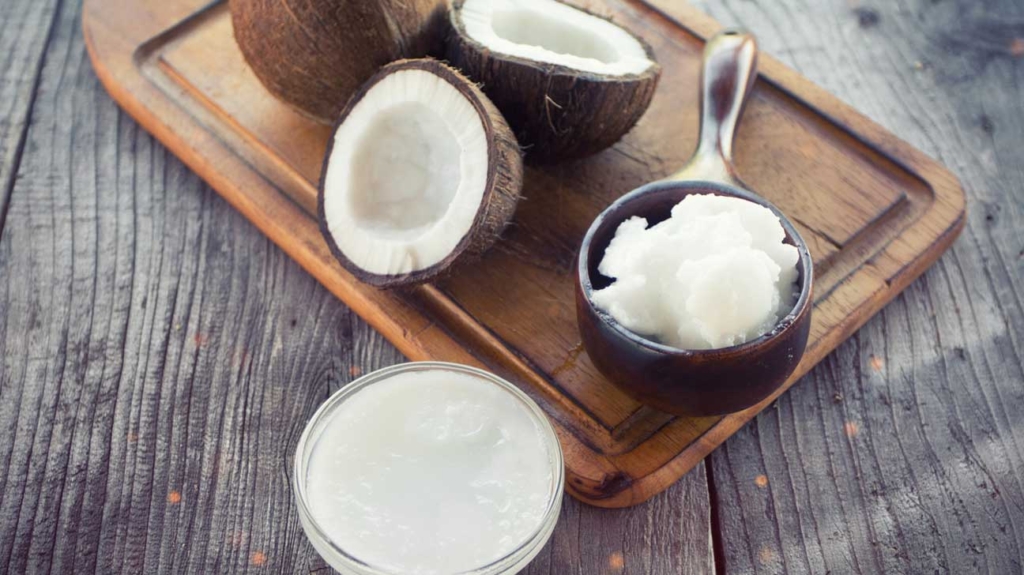 Two groups have helped give coconut oil its new reputation. Scientists began reneging on their original negative claims about coconut oil. Further, a growing number of vegans, who rely on it as a sweet vegetable fat that is solid at room temperature and can create many pastry delights. Thomas Brenna, a professor of nutritional science at Cornell University states, “Most of the studies involving coconut oil were done with partially hydrogenated coconut oil, which researchers used because they needed to raise the cholesterol levels of their rabbits in order to collect certain data,” Dr. Brenna said. “Virgin coconut oil, which has not been chemically treated, is a different thing in terms of a health risk perspective. And maybe it isn’t so bad for you after all.”[2] Partial hydrogenation creates trans-fats, which are types of saturated fats that should be avoided. Non-hydrogenated Virgin coconut oil also contains saturated fats, however they behave differently. Coconut oil is made by pressing the fat from the white “meat” inside coconuts. About 84% of its calories come from saturated fat. To compare, 14% of olive oil’s calories are from saturated fat along with 63% of butter’s. Unlike butter, Coconut oil’s saturated fat is made up mostly of medium-chain triglycerides, or MCTs. Some people say your body handles them differently than the longer-chain fats in liquid vegetable oils, dairy, and fatty meats. The main saturated fat in coconut oil is lauric acid, a MCT. Lauric acid increases levels of good HDL, or high-density lipoprotein, and bad LDL, or low-density lipoprotein, in the blood, but is not thought to negatively affect the overall ratio of the two. There have been many claims regarding the benefits of lauric acid. Nutritionists and researchers began to question the science behind some of these more extravagant claims – such as the idea that it accelerates weight loss by boosting metabolism.

By the time the American Heart Association (“AHA”) officially denounced coconut oil as containing too much saturated fat in June 2017, sales were already beginning to fall. The reversal has surprised some analysts, who believed coconut oil had all the makings of a pantry staple. The rise and fall of coconut oil illustrates how quickly an alleged “super food” can become unpopular.

However, the AHA’s decision “not to recommend” coconut oil is not the same thing as saying you should never eat coconut oil again. It’s true that guzzling coconut oil is probably not great for you. The same can be said of using three sticks of butter on your morning toast. But both things are just fine in moderation. And for coconut oil, moderation isn’t even that limiting. For a person who eats 2,000 calories a day, the AHA recommends a daily consumption of no more than 13 grams of saturated fat, or about one tablespoon. It may not sound like a lot, but a spray of coconut cooking oil is only about 1/12 of the recommended tablespoon.[3] Further, coconut oil can provide some benefits, especially over animal fats. The point being, that coconut oil still should have a place in most pantries for those looking for a healthier alternative to animal fats.